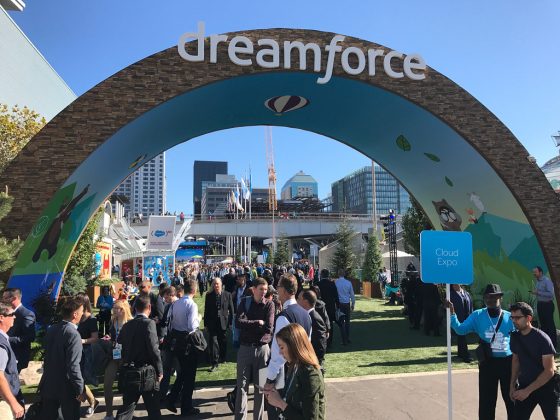 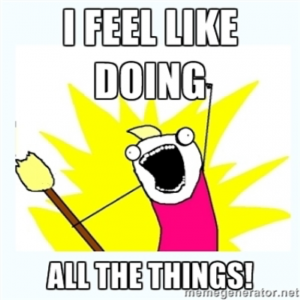 As a San Franciscan working in the nonprofit Salesforce ecosystem, there are two big events each year that vie for my attention: Dreamforce and Burning Man. Some years they overlap, whereas other years they take place one right after the other. (If you’ve ever attended either, you can just imagine going to both, back-to-back!)

After attending both events many times, the years start to blur together: was that the year that Metallica played Moscone South? Or was that the year Daft Punk played at the trash fence? There were definitely people handing out tequila shots that year and asking me to sign up for an obscure “service” that I probably didn’t need. Then there was the memorable art at both events. Where was it that I saw those giant inflatable forest creatures? I’m pretty sure I did see them! There’s oontz-oontz music everywhere, and a pretty good chance you’ll be screeching Bruce Springsteen songs at 1am with your best buddies, some of whom were strangers only a few hours earlier.

No matter which event you attend, you will learn more than you thought possible and expand your horizons in the process. Skills you thought were useless will suddenly be in demand. Your ability to manipulate digital systems will enthrall everyone around you.

I don’t know if I can call myself a veteran(1) of either event, but I do feel like I have sufficient experience to offer advice to those who are lucky enough to be repeat offenders attendees. So, for those of you coming to the City by the Bay for the biggest annual technology brain-melting love-fest extravaganza–I’m talking about Dreamforce–here’s a list of advice from someone who has your *best* interests at heart.

Are you an actual veteran attending Dreamforce?

Make sure you check out VetForce and get set up with some of the veteran nonprofits who use Salesforce, like IAVA. Need an intro? Drop me a line and I’ll get you set up with some other veterans at Dreamforce. I’m the stranger who might become your new friend.

Learn more about how an ongoing partnership with Exponent Partners has allowed Community Servings to increase their efficiency to support their rapid growth thanks to a smart, sustainable information systems strategy. Introducing…