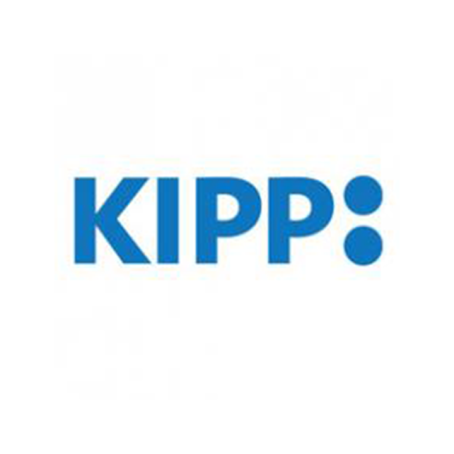 "Exponent Partners has one of the most buttoned-up and rigorous professional services teams that I have ever encountered. The discipline and thoughtfulness that they brought to the development process was exceptional." — Jack Chorowsky, Chief Operating Officer, KIPP

KIPP (Knowledge is Power Program) Foundation is a national network of free, open-enrollment, college preparatory public schools with a track record of preparing students in underserved communities for success in college and in life. There are currently 162 KIPP schools in 20 states and the District of Columbia serving more than 58,000 students.

Low adoption of existing system
A clunky homegrown system that was difficult to customize prompted staff to track data using other tools, including spreadsheets.

Inability to report on data
Disparate data housed in multiple places made it difficult and time-consuming to produce reports.

Visibility into outcomes was limited
Due to data silos across the organization, management had limited visibility into the results of schools, students and alumni, making it difficult to track the extent to which KIPP and the KIPP Through College (KTC) Program were achieving their mission.

Homegrown system was not scalable
The fast-growing organization needed to house data from schools nationwide in a single system to enable analysis of individual or aggregate numbers and make informed decisions.

KIPP selected Exponent Partners because of the company’s impressive track record helping similar nonprofit organizations in the education sector. Given a limited timeframe in which to build a sophisticated solution on Salesforce®, Exponent Partners designed a system that met the immediate needs of KIPP New York City, and that offered the flexibility to scale across KIPP schools nationwide. After the kickoff phase in July, discovery and design was completed in August, and the first and second phases were built and rolled out in September and October, respectively. With a view toward ensuring KIPP’s self-sufficiency in the future, Exponent Partners completed extensive custom development that focused on user interface and usability, and also automated several complex processes which involved numerous data points from student records.

Increased visibility
All data is centralized in one location and student records are now assigned a status (i.e., green, yellow, or red) based on information that is aggregated from numerous data points in Salesforce.

Improved ability to track performance and outcomes
Data is easily accessible, yet the confidentiality of student records at individual schools is protected. Rolled-up data is driving more meaningful and actionable insights that help the organization pursue continuous improvement through optimized program design and delivery.

Created the infrastructure to scale
Investing in a solution that could ultimately power the schools’ needs across the country will enable rapid rollout of the application nationwide over the next few years.